Loading...
x
Price:
Actual Price:
Our price is lower than the manufacturer's "minimum advertised price." As a result, we cannot show you the price in catalog or the product page.

You have no obligation to purchase the product once you know the price. You can simply remove the item from your cart.
Our price is lower than the manufacturer's "minimum advertised price." As a result, we cannot show you the price in catalog or the product page.

You have no obligation to purchase the product once you know the price. You can simply remove the item from your cart. 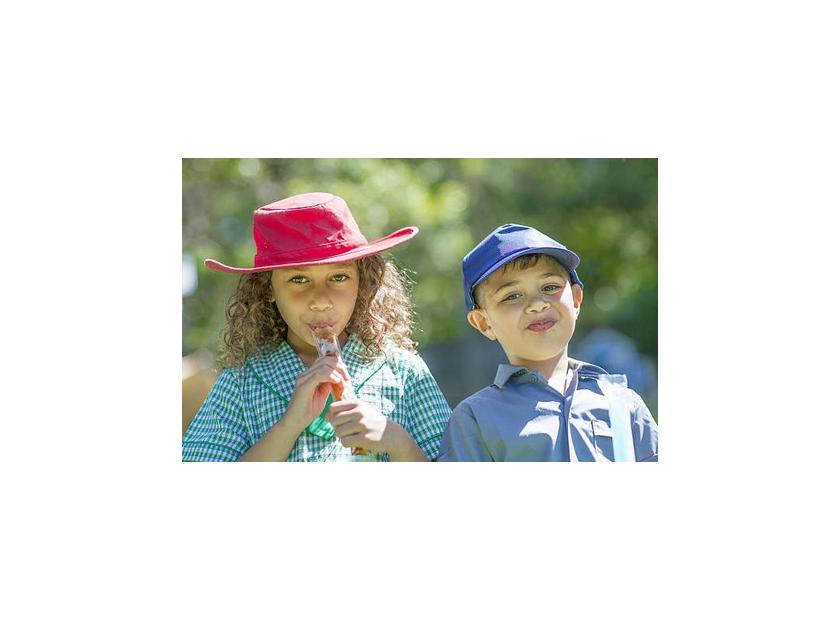 Promotional Caps for School and Play

Australia has one of the highest rates of skin cancer in the developed world. Everyone knows that exposure to sunlight is a huge risk factor in developing skin cancer, but fewer people know that exposure to sunlight in early life represents a much greater risk than later life exposure. Australian schools provide shaded play facilities, but this is only part of the battle.

For this reason, an increasing number of schools, childcare centres, afterschool sporting and activity groups and preschools are adding full-brimmed sun-hats to their official uniforms. Not only do these hats help protect children, but they also look smart and encourage recognition and awareness of schools and other. Customised hats marked with a school crest, team logo or after-school group logo have the effect of encouraging students to think about themselves as members of a group, promoting teamwork and group cohesion.

Cloth hats with a broad brim are highly regarded in educational settings. Shady in summer and warm in winter, they can be folded and carried in a schoolbag when not in use. Hats with under-chin straps also have the advantage of being difficult to lose. Hats like this have plenty of space to have a school crest emblazoned on them -- and they can easily have their owner's name written in a discrete location with a laundry marker.

But these are just one possibility. Anything with a broad brim to keep the sun off the face and neck is suitable for general use in schools. Some kids sporting activities might require more specialised caps or hats.

A big concern with school hats is the budget. After all, kids are not cheap to raise! A quality adult hat might last for years, but growing kids will go through hats much more quickly. There are several ways to keep costs low – consider budget caps, limiting printing to a single colour, and ordering in bulk to keep prices low.

An important note – even in this day and age, schools and other kids' groups can be vulnerable to head lice outbreaks. For this reason, it is recommended that schoolchildren should not swap or share hats or caps. Caps and hats alone will not protect children from skin cancer but should be used as part of a general sun-safety regimen including covering up, wearing sunscreen and using sunglasses.